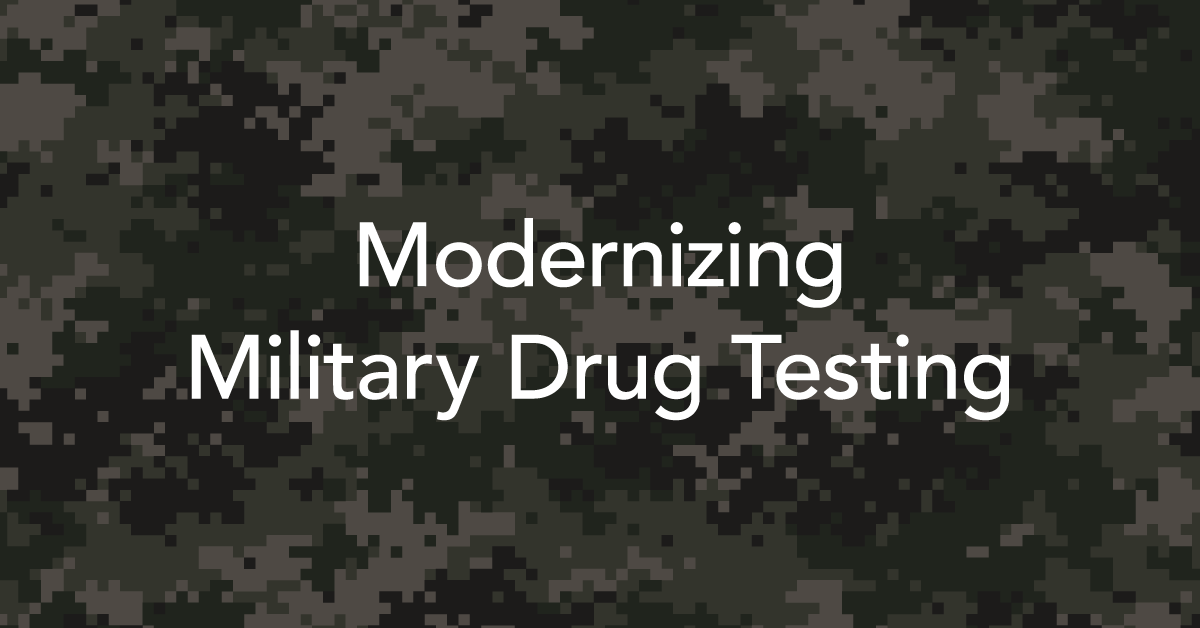 Does the Military Need to Modernize its Drug Testing?

The military has long had a zero-tolerance policy against cannabis use, but the shifting legal landscape is compelling some branches to consider modernizing their drug testing policies.

The U.S. Navy highlighted its challenging situation in a recent article:1

“The Navy must prepare for the challenges and opportunities of this new environment. Specifically, upon federal legalization of cannabis use, the Department of the Navy should be prepared to remove marijuana from its zero-tolerance drug policy.”

For inspiration, the U.S. military could look to our neighbor to the north, Canada. Its military-wide policy bans members of its armed forces from consuming cannabis eight hours before any duty, 24 hours before any operation of weapons or vehicles, and 28 days before high-altitude parachuting, operating in a hyperbaric environment, or serving on a military aircraft.2  Members are also not allowed to use cannabis while serving internationally. Canada’s policy is largely unchanged since being implemented in 2018.

Current policies across all armed services ban cannabis use while serving, even if an applicant is trying to join the military from a state that’s legalized adult use.3 Furthermore, all military collection, testing, and Medical Review Officer procedures must adhere to Mandatory Guidelines for Federal Workplace Drug Testing Programs enacted by the Department of Health and Human Services.4 However, some branches have relaxed their attitudes toward pre-service use to boost recruitment efforts.

The military’s zero-tolerance stance includes cannabis and CBD. The Department of Defense’s zero-tolerance cannabis policy is for all active and reserve service members.5 The Coast Guard bans sailors from consuming THC and even visiting state-legal dispensaries.6

In all cases, a military service member who fails a drug test may face career-ending outcomes:7

Critics say all this stands in stark contrast to the nation’s growing acceptance of cannabis legalization and use. Nearly 105 million Americans aged 21 and over have legal access to THC across a wide swath of states.8

Considering the Air Force, Army Reserve, National Guard, and Navy Reserve are suffering low recruitment numbers9, and now that cannabis is broadly legal, the military may need to modernize its drug testing policy. More than half of all new Army recruits come from states where marijuana is now legal, at least for medicinal use.10

In the private sector, employers are moving away from zero-tolerance policies for THC because the policies are not addressing legal cannabis and that is hurting recruitment and retainment efforts. The military may need to follow their example to avoid the same fate.

One solution to the zero-tolerance challenge may be to standardize waivers.

The military grants waivers, or special permissions, to applicants who are in disqualifying situations. Waivers can be granted for things like age and medical reasons such as diabetes, asthma, and mental health. Waivers must be granted for an applicant to become a recruit and qualify for the military. However, not all military branches treat waivers the same, especially when it comes to cannabis.

Since 2021, the Air Force has advised potential recruits that pre-service cannabis use “without exposure to legal proceedings is in itself not disqualifying.”11 And waivers in general for cannabis have become more common in the past decade. That makes sense, considering roughly one-third of American 18-year-olds say they have used marijuana at least once in the past year.12

The differing guidance on cannabis waivers for each military branch may be because of how each branch treats cannabis use among recruits. A report by the Rand Corporation examined every recruit who joined the Army between 2001 and 2012. The report found roughly 15% of recruits needed some sort of waiver to gain entry, including for cannabis use or possession.13 Interestingly, while some recruits who were accepted with a misdemeanor history of cannabis possession were somewhat more likely to be discharged on a drug charge, those same recruits tended to perform better than average in other areas.14

If the military continues its adherence to a zero-tolerance policy, standardizing its waivers may help clarify cannabis exceptions for applicants, which could help ease any lingering recruiting concerns.

In addition to policy adjustments, the military may benefit from adopting rapid cannabis tests. A cannabis breath test, for example, detects isolated recent use immediately upon consumption and for a few hours thereafter. These ultra-sensitive, on-site tests can be added to a drug testing program while leveraging conventional tests to detect other drugs such as cocaine and heroin for which past use would be cause for concern. But again, this decision would have to be fully accepted by the Department of Health and Human Services for all federal programs, and this is currently not in their pipeline.

However, the February issue of the U.S. Naval Institute’s Proceedings magazine discussed the Navy’s need for a tool like the HOUND® CANNABIS BREATHALYZER that can detect cannabis within several hours of use.

“The Navy needs to partner with companies like Hound Labs to ensure its commands have the right tools to make on-scene assessments of individuals’ condition.”

Many safety-sensitive industries test employees before entering a worksite (often referred to as pre-access testing). The oil, gas, and mining industries rely heavily on pre-access testing not only for their employees but also for all contractors. The Navy already utilizes breathalyzers on board ships and at gates for alcohol detection. If the Navy uses alcohol breathalyzers in this fashion, adopting the HOUND® CANNABIS BREATHALYZER may also help them address cannabis use too.

If the U.S. military ever moves away from zero-tolerance and toward a policy like Canada’s, a solution like the HOUND® CANNABIS BREATHALYZER could help detect isolated recent cannabis use and deter use prior to reporting for duty. 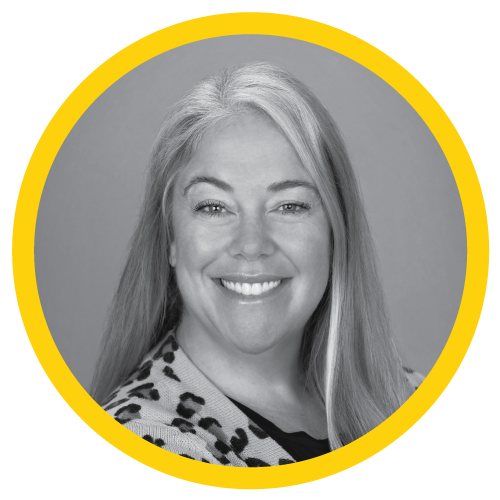