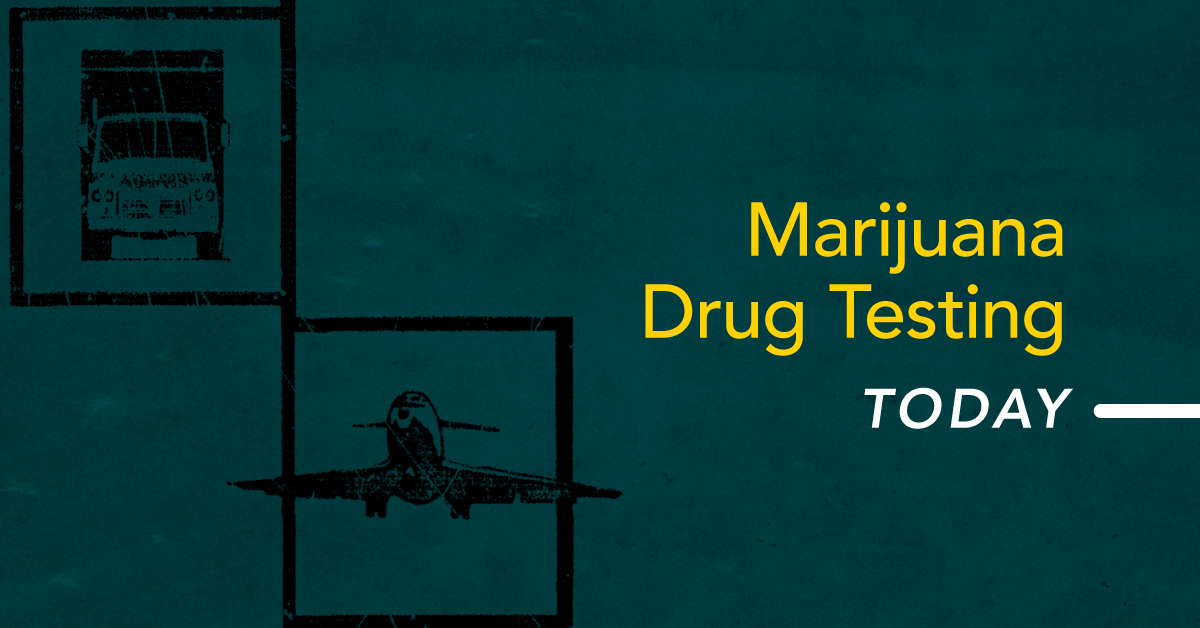 What should employers do now that marijuana legalization has disrupted workplace drug testing that hasn't really changed in 30 years?

In my last blog, I wrote about how workplace drug testing practices were put in place as a response to a passenger train crash in the 1980s. Now I’ll look at the status of the employer drug testing today and how employers can respond to marijuana legalization by modernizing their drug testing programs.

Tens of millions of workplace drug tests are performed in the U.S. annually. In addition to pre-employment testing, companies also conduct substantial post-hire tests including pre-access (or fitness for duty), random, post-accident, reasonable suspicion, and other types of testing.

However, the way marijuana interacts with the body presents challenges for drug testing. When someone uses marijuana, evidence of past use remains detectable in body fluids for many days, weeks, or even months.

Even though the impairment effects of marijuana typically subside within a few hours after smoking, someone can fail a standard drug test for weeks after use.

Now that marijuana is broadly legal and its presence in the body does not necessarily indicate use on the job, employers are looking for ways to modernize their drug testing policies. They are finding that zero-tolerance policies for marijuana are not only unfair for employees who use legally outside of work hours, but also make it difficult to retain employees as more and more choose to do so. If a company’s policy requires that anyone with a urine, oral fluid, or hair test that is positive for marijuana be fired, they will likely end up disciplining employees based on a flawed piece of information that may have nothing to do with job performance or safety. That is certainly bad for that employee, and it’s also bad for the company.

However, employers still need to maintain safe work environments and deter marijuana use at work. Many workplaces have people operating heavy machinery, interacting with volatile substances, driving vehicles, and any number of other dangerous tasks. As an individual involved in employment policies and compliance in the construction industry put it, “An employee who does not have total control of their mental faculties becomes dangerous to themselves and their coworkers. I am concerned about the loss of limb or life.” It’s clear that prohibiting employers from testing for marijuana at all is not the answer.

To meet this need, Hound Labs developed the HOUND® MARIJUANA BREATHALYZER. THC – the ingredient in marijuana that causes impairment – is only found in breath for a few hours after smoking, which aligns with the window of peak impairment.1 Testing breath for THC is challenging because THC appears in breath in extremely low concentrations, so testing equipment must be ultra-sensitive. Additionally, testing needs to be done on-location due to the time-sensitive nature of determining recent marijuana use.

After 7 years of R&D, though, the HOUND BREATHALYZER is an easy-to-use, portable breathalyzer that can be used on site to detect recent marijuana use. With such a tool in hand, employers can now feel confident about updating their drug testing policies to ones that help maintain safe workplaces while remaining fair to employees.

Workplace drug testing is nothing new, but a new tool is now available to order for employers who want to fit their policies with new rules around marijuana legalization.

1 How long can marijuana be detected in drug tests?