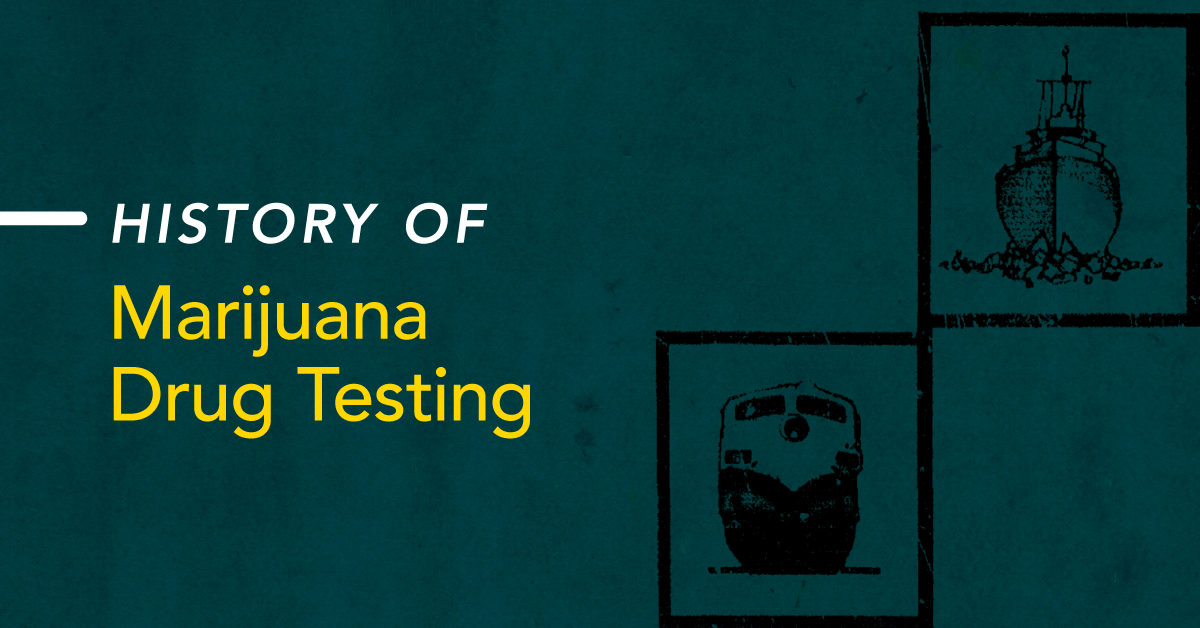 A Brief History of Workplace Marijuana Testing: The Beginning

A tragic train crash over 30 years ago led Congress to pass laws that are the origin of today's workplace drug testing.

On January 4, 1987, Amtrak train #94 crashed into a set of Conrail locomotives running without freight cars that had entered the mainline. 14 passengers on the Amtrak train were killed, as well as the Amtrak engineer and lounge car attendant. The Conrail engineer admitted to using marijuana. In a 1993 interview with The Baltimore Sun, after serving 4 years in prison, he said the accident never would have happened if not for the marijuana. He admitted that it had thrown off his “perception of speed and distance and time.” He also revealed he had smoked marijuana on the job several times.1

It took almost 5 years, but in 1991, Congress authorized the Omnibus Employee Testing Act. This legislation required mandatory random drug testing for all employees in “safety-sensitive” jobs in industries regulated by the Department of Transportation (DOT). This was the first requirement for mandated drug testing signed into law. While the earlier Drug-Free Workplace Act of 1988 requested certification of a drug-free workplace as a precondition to receiving a contract or grant from a Federal agency, it neither authorized nor prohibited drug testing of employees. When DOT effected the 1991 act, they required “aviation, trucking, railroads, mass transit, pipelines, and other transportation industries” to test their candidates and employees for drugs and alcohol.2

To help implement and operationalize the act, the Substance Abuse and Mental Health Services Administration (SAMHSA) was established in 1992 with a mission to reduce the impact of substance abuse and mental illness on America’s communities. “SAMHSA develops and promulgates the guidelines utilized by DOT, DoD, and other major federal and private employers required to do applicant or employee drug testing, especially for security and safety sensitive positions.”3

Non-regulated businesses followed SAMHSA’s lead and many companies adopted zero-tolerance policies where a positive drug test – no matter the amount or explanation – was grounds for termination.

The most commonly used drug test panel mirrors the “SAMHSA-5,” which is a standard panel established as part of the Drug-Free Workplace Act. The SAMHSA-5 has evolved over time and currently includes marijuana (tetrahydrocannabinol – THC), amphetamines, cocaine metabolites, opioids (including heroin, morphine, and codeine), and phencyclidine (PCP). Per DOT guidelines, all drug testing must be lab-based and all tests include marijuana as part of the panel.

According to SAMHSA, “workplace drug-testing programs are designed to detect the presence of alcohol, illicit drugs, or certain prescription drugs. Drug testing is a prevention and deterrent method that is often part of a comprehensive drug-free workplace program.” So, the foundation of workplace drug testing remains bolted to the goal of preventing impairment in the workplace – both through measurement and deterrence.

The zero-tolerance approach worked in an era where marijuana and other Schedule I drugs were all illegal to use. SAMHSA-5-inspired panels and zero-tolerance policies continued to be effective until the first U.S. states legalized marijuana for recreational purposes in 2012. Positivity rates in the U.S. had reached a 30-year low between 2010 and 2012 (3.5%), but rose to reach a 16-year high in 2019.4 The problem is, a positive test for THC no longer necessarily indicates illegal or inappropriate behavior.

So, what do employers need to do now that 180 million adults in the U.S. have legal access to marijuana and zero-tolerance polices alone no longer suffice?

Look for my next blog, A Brief History of Workplace Marijuana Testing: Today.