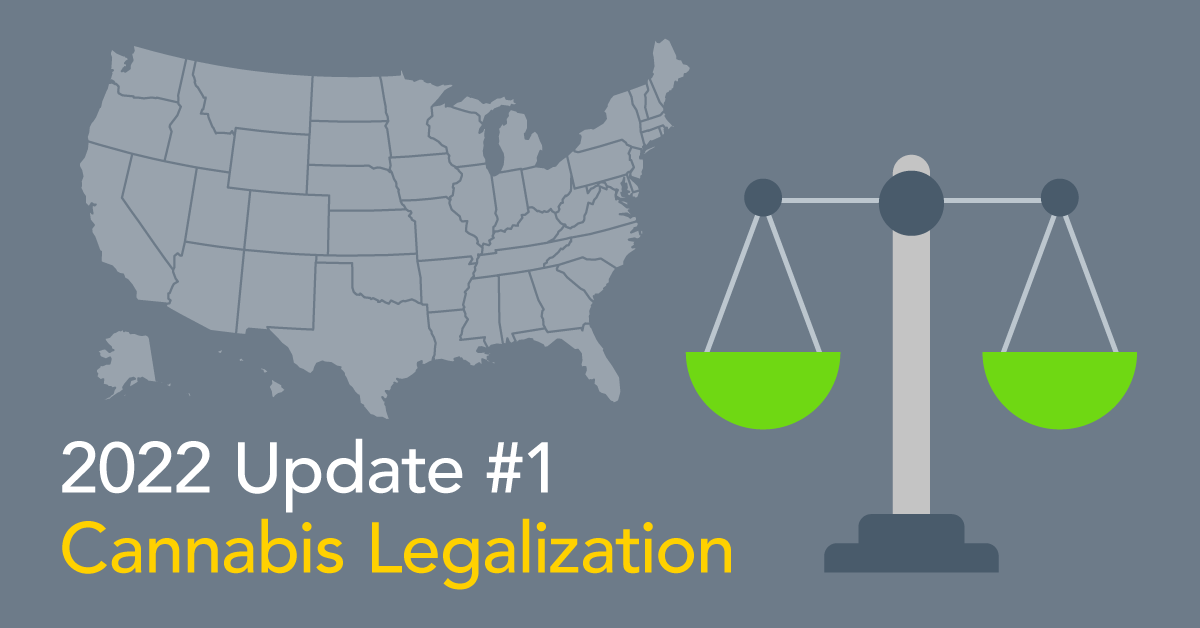 For the purposes of understanding the momentum cannabis reform is making in the United States, 2021 ended up being one of the most important years with two very populous states (New York and New Jersey) and one smaller state (Connecticut) not only legalizing cannabis but also providing some very specific language for workplace drug testing. It’s the latter element that made 2021 unique and what we want to review prior to looking at what’s happening in 2022 to see if it might mirror the 2021 landscape.

We’ve written about New York and New Jersey in prior blogs. These states’ legislatures took different approaches but are trying to tackle the same issue – how to balance a worker’s right to use cannabis legally with an employer’s desire to provide a safe worksite. Some of the solutions, like Connecticut’s, which won’t allow employers to take action against an employee for solely testing positive for a metabolite of cannabis, are easier to implement. However, solutions like New Jersey’s, which will require a Workplace Impairment Recognition Expert (WIRE) to provide an opinion on whether an employee who tests positive for cannabis is impaired, will likely be challenging for employers in New Jersey to meet.

So, with this in mind, let’s see how states are moving forward with cannabis reform in 2022.

2022 IS A CHALLENGE TO PREDICT

We’ll start with the standard caveat whenever we are discussing the politics of cannabis – nothing is a sure bet. The year 2022 has already thrown us several curveballs, including geopolitical instability involving the Russian invasion of Ukraine, a potential move from pandemic to endemic, and the return of high levels of inflation, not seen since the 1980s. These unforeseen events make it challenging to predict what states will do. That said, Hound Labs still thinks we will see some significant movement in the United States on cannabis reform in 2022.

First up, Mississippi. Yes, it would seem to be a strange place to start given Mississippi’s status as a reliable “red” state. But you might recall that in 2020, Mississippi voters approved a medical cannabis law by a landslide margin of 74 – 26%. But, in 2021, the State Supreme Court invalidated the measure on procedural grounds. In response, the legislature passed, and in February, the Governor signed a new bi-partisan bill legalizing the medicinal use of cannabis in Mississippi. This new law, along with the passage of medical cannabis in Alabama, has launched a bit of a “green wave” in the U.S. South. And while we don’t see any seismic shift occurring in the larger Southern states like Texas, Florida, or Georgia in 2022, we think it will start to occur in 2024 as we move into the next presidential election with its larger voter turn-out.

In Maryland, we’ve seen the legislature take the necessary steps to place the question of adult recreational use on the ballot for November 2022. If the state’s voters approve the ballot question, which would amend the Maryland Constitution to allow for adult recreational use of cannabis, the legislature would then need to pass additional legislation to implement the regulation of growing, distribution, licensure, and use. The bills necessary for all this to occur are beginning to wind their way through the process and could be concluded by summer. The wild card in Maryland is the moderate Republican Governor Larry Hogan, who some consider to be a presidential candidate in 2024. He hasn’t tipped his hand yet on cannabis reform – our guess is the legislature will act, and it will come down to what Governor Hogan believes. Stay tuned.

Meanwhile, in Pennsylvania, we’ve started to see a bit more meaningful movement on recreational adult-use cannabis reform. This state is interesting as it somewhat geographically spans the Midwest, bordering Ohio on the west, to the large northeastern corridor where states like New York, New Jersey, Massachusetts, and Connecticut have all legalized cannabis. While we haven’t seen any specific numbers, we imagine that millions of Pennsylvanians’ dollars are being spent on cannabis in New Jersey and other northeast states. Perhaps this is the reason we see some activity in Pennsylvania.

The action occurring in Pennsylvania at this point is mainly at the Committee level, where hearings have started on what provisions might be included in a legalization bill. But, despite this movement and the revenue leakage to other states, we still think it will be an uphill battle for those who want cannabis legalized in Pennsylvania in 2022. We will certainly keep following it and provide an update later in the year.

In California, Hound Labs is tracking a bill, AB 2188, similar to a provision of Connecticut’s law, that would eliminate an employer’s ability to use cannabis tests that only detect a metabolite of THC in hiring and firing decisions. The rationale here is that the metabolites of THC, which are the leftover byproducts after the body processes the psychoactive molecules, are no longer impairing molecules. Yet, these metabolites stick around in bodily fluids for days or even weeks and can result in positive tests for THC. Acting on these positive tests essentially means an employer would be punishing an employee for past and non-impairing use of cannabis. It would be like firing an employee for drinking alcohol two weeks ago. It would be unfair. This bill has just been introduced in the California Assembly, and we will keep you up to speed on its progress in our next legislative update.

Far out west in Hawaii, the state Senate approved a bill that would legalize medical cannabis for those aged 65 years and older as long as these older Hawaiians self-certify the use is for medical purposes. The bill’s provisions allow for this whether the individual has been diagnosed with a qualifying medical condition. Essentially, this would be full legalization for that age group. What is interesting about Hawaii is that we bet most people think cannabis is fully legal there, which it is not. There is a medicinal program, but adult recreational use has not been approved yet. Despite this move to give older Hawaiians the right to use, we don’t see movement toward full-scale adult recreation use for at least two years.

Finally, we’d like to discuss the federal effort to reform cannabis laws, essentially removing it from the Schedule 1 list of controlled substances, along with other provisions. We most recently discussed this in our on-demand webinar, “State Cannabis Laws and Trends for 2022.” Our position at that time was that it was unlikely Congress would be able to pass this effort in 2022. Since then, Senate Majority Leader Chuck Schumer, along with Senators Corey Booker and Ron Wyden, the primary authors of prior efforts to reform federal cannabis laws, have invited their colleagues to weigh in on what provisions should be included in their bill. This is the same process the authors used in the last legislative cycle, and they intend to introduce their bill in the coming weeks.

While the House, under Democrats’ control, will likely pass (again) a cannabis reform law, we see this effort getting bogged down (again) in the Senate. With a Supreme Court nomination fight, the geopolitical upheaval in Ukraine, inflation still raging, and the upcoming mid-term elections occurring in November, we just don’t see how the Senate will find the political will to pass such a far-reaching law as cannabis reform.

Stay tuned for additional legislative updates throughout 2022 and beyond. For more regular insight into cannabis reform and the HOUND®  CANNABIS BREATHALYZER, follow Hound Labs on LinkedIn and Twitter. 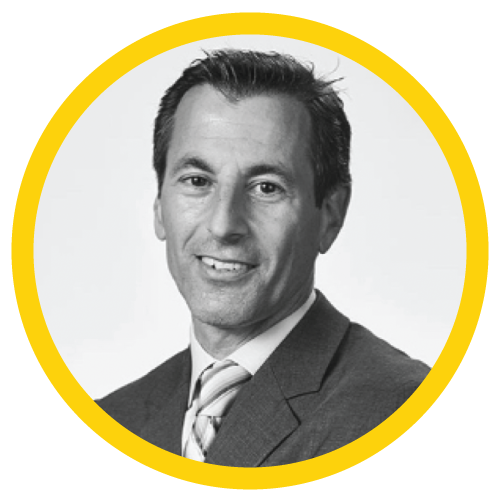