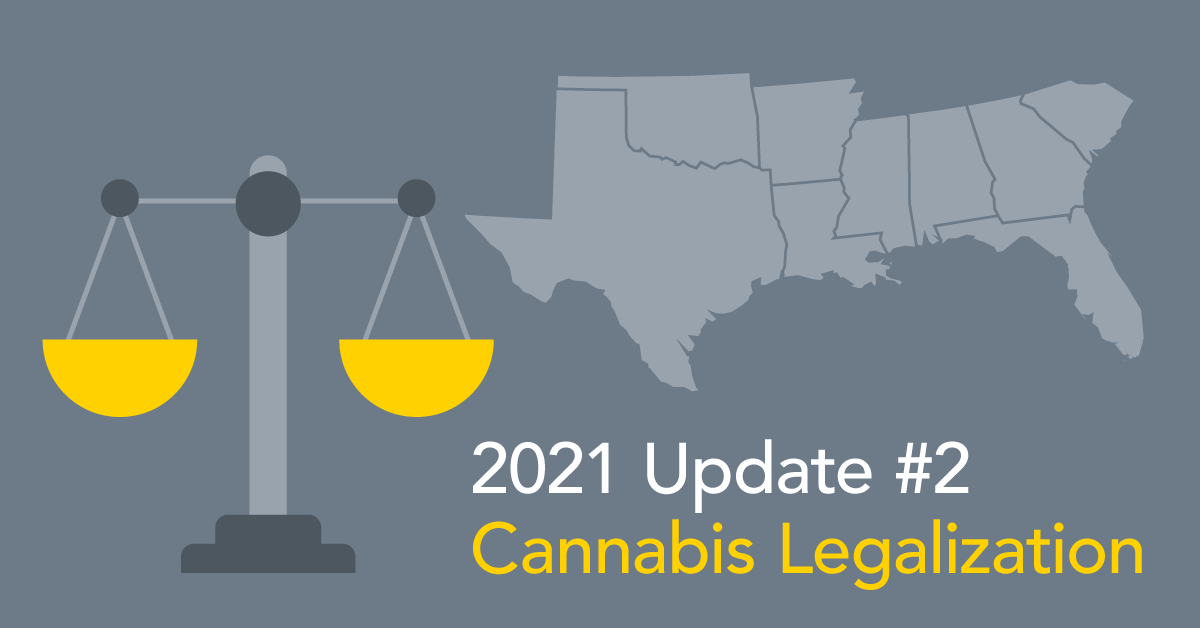 Cannabis Reform Is Now Everywhere – Even in the Conservative South

It’s no secret that cannabis legalization has become more and more commonplace in recent years – not only where you might expect it.

Almost every day, there is another media story about continuing efforts to legalize marijuana in some manner. But even the most avid followers of relevant legislative trends had their interest piqued when Alabama – typically conservative leaning – legalized medical marijuana early last month. Alabama’s jump into the pool of cannabis legalization is significant because Alabama is only the second Southern state to legalize cannabis (either medically or recreationally) which seems to indicate that widespread cannabis legalization is more than just a trend – it is here to stay. It is now a matter of when, not if the rest of the more conservative states will dive in after Alabama and legalize cannabis use for their residents.

The Alabama medical cannabis use law mirrors those of many other states that have previously passed such laws. It cites specific medical conditions and the types of cannabis products that are allowed for use. And similar to other states, regulation, licensing, and distribution will be handled by a state medical cannabis commission.

Meanwhile, in the neighboring state of Mississippi, medical marijuana legalization was stalled when the state Supreme Court overturned a voter-approved initiative. Despite the overwhelming affirmative vote to legalize, the law was impossible to pass thanks to an outdated statutory regulation. As a result, Mississippi’s legislature may call a special session to discuss approving a medical marijuana law. If this happens, it will again demonstrate the political power of cannabis reform even in a politically conservative state.

Additionally, in Louisiana, the legislature recently passed a law to decriminalize possession of small amounts of marijuana and Governor John Bel Edwards is expected to sign that bill. Even Texas is looking at updating their state’s cannabis laws.

It is clear that the wave of changing cannabis laws sweeping across the country is not going to skip over the South. And while there may be bumps in the road (as there may be with any law), it holds true that voters are making their opinions known. There is strong support for the legalization of medical marijuana in these states, and this is unlikely to change.

All this legislative and voter activity on cannabis reform provides Americans greater access to marijuana and its many byproducts – both in medical and recreational contexts. Yet many of these new laws and regulations remain silent on strategies and policies to deal with increased usage and the potential impacts to both workplace and road safety.

Policymakers would be wise to consider adopting language that provides law enforcement and employers with the guidance they need to depart from the conventional marijuana drug tests and policies and move to adopt ones that can identify recent marijuana use. Including this type of language aligns with recent research done by the National Institute of Justice and can help identify impairment while not penalizing those who use responsibly.1 This will give employers and law enforcement agencies more direction in balancing an individuals’ right to use cannabis with the safety interests of society at large.