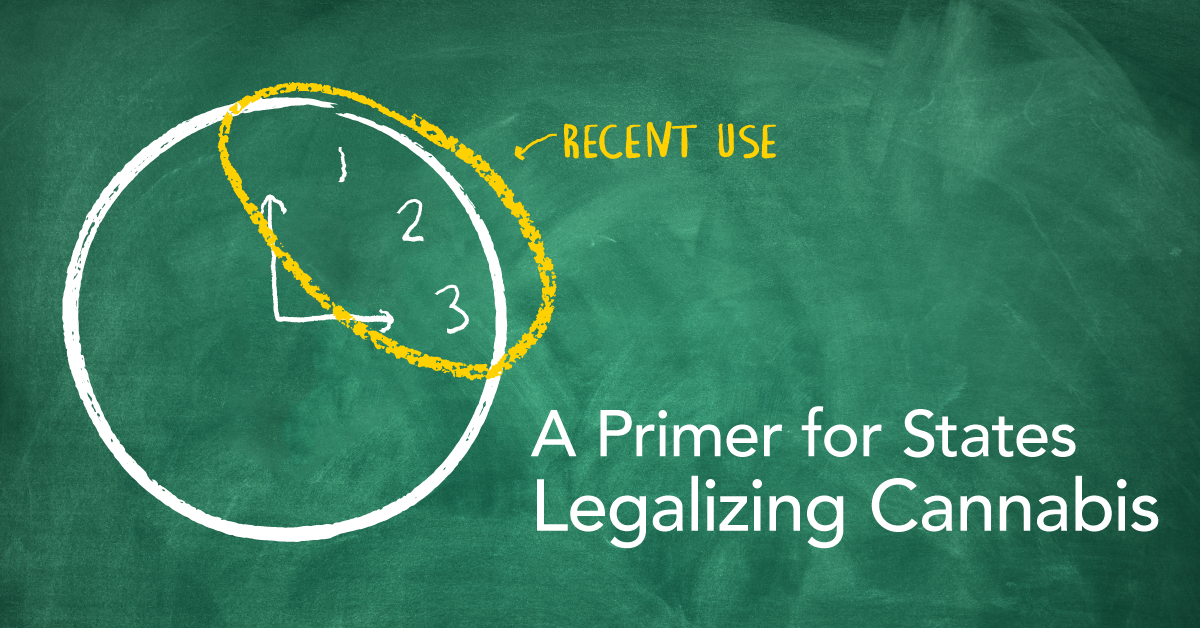 A Primer for Future Cannabis Legalization

Connecticut’s cannabis legislation will have profound and immediate implications – impacting employers and employees in legal and non-legal states.

This week, Governor Ned Lamont signed a bill that legalized adult recreational cannabis use in Connecticut. The importance of this legislation is far greater than just establishing it as the fifth state to legalize recreational cannabis use in 2021 not only because this law recognizes the need for continued testing, but also because it includes language that limits the types of tests that can be used. It is one step closer to helping employers balance the need for deterrence and safety with the new legal status of cannabis.

Connecticut’s law specifically prohibits employers from penalizing an employee for testing positive for only an inactive THC metabolite.1 The passage of Connecticut’s cannabis legalization law quickly follows recently enacted laws in New Jersey and New York that contain similar provisions and establishes a trend that will have profound and immediate implications that are likely to ripple across the country and impact employers and employees in legal and non-legal states. The new laws in this trifecta of Northeastern states demonstrate that elected officials are acknowledging that legalizing cannabis makes it more challenging for employers to maintain workplace safety while also being fair to employees who use cannabis legally outside of work hours. In all three states, specific language begins to address the inadequacies of conventional cannabis tests of oral fluid, urine, and hair now that adults can choose to legally use cannabis in their states.

To summarize, conventional workplace cannabis tests – which primarily use urine but also oral fluid and hair – were designed at a time when cannabis was universally illegal. They identify employees who have used cannabis in the past but may not be impaired at the time of the test. This is because these tests have windows of detection that extend well after impairment subsides and some may detect inactive cannabis metabolites that do not cause impairment but can remain in the body for days, weeks, or months after use.

The legislators in Connecticut, New Jersey, and New York took different approaches, but together the laws acknowledge two major shortcomings with conventional tests. First, they detect past cannabis use that does not correlate with impairment (instead of recent use, which does correlate with the peak impairment window)2. Second, they can detect THC metabolites that have no correlation with impairment.

New York legislators focused on the need to measure recent cannabis use by including a provision that calls for the state to look at new technologies that can distinguish “an actual and currently present impairing effect” of cannabis. Connecticut’s law – which builds on New Jersey’s law – tackles the issue of inactive metabolites and has specific language that prohibits employers from penalizing an employee based solely on a positive result from detection of the inactive THC metabolite 11-Nor-9-carboxy-Δ9-tetrahydrocannabinol.

These three states have now clearly called out and codified the inherent weakness of current cannabis tests: There is simply no correlation between a positive test and potential impairment. In so doing, the triumvirate of Connecticut, New Jersey, and New York have significantly changed the future of workplace drug testing.

To be clear, the laws emerging from the Northeastern Corridor of our country are not intended to limit the authority of employers to enact and enforce policies pertaining to safety and productivity in the workplace. Employers, employees, and customers want a safe work environment. Workplace drug testing programs have consistently proven to be extremely effective at achieving their goals of identifying and deterring drug use at work.

The Connecticut and New Jersey laws do not introduce further restrictions as to when employers can drug test, but they do recognize the limitations of current drug tests that detect cannabis long after impairment subsides. The fact of the matter is if employers test for cannabis in breath (where it remains only for the few hours that align with peak impairment), they will be able hire and keep those employees who choose to legally use cannabis outside of work hours. New breath testing technology has been engineered to only detect the psychoactive molecule in THC and does not detect the inactive cannabis metabolites that Connecticut and New Jersey legislators included in their laws.

Model Cannabis Legislation for All States

Employers will not abandon cannabis testing. Their business and safety obligations are often legally mandated or, in some cases, required as conditions for insurance or contractual obligations. All state lawmakers – whether their states have already legalized cannabis, are considering legalizing cannabis, or have not yet legalized cannabis – are wise to strongly consider the specific language in the Connecticut, New Jersey, and New York laws and craft legislation that that goes even further to help employers more easily balance deterrence, safety, and fairness.

Legislation that legalizes cannabis (or even amends existing drug testing laws) will be more effective if it includes specific language that affirms the need to test for cannabis, and also ensures fairness by limiting the use of cannabis tests with windows of detection that extend beyond the impairing effects of cannabis. Additionally, legislators would be wise to follow New York’s lead by including a provision that acknowledges the need for new technologies that distinguish recent cannabis use from past use.

The first half of 2021 is a watershed moment for cannabis legalization not only because five states have already legalized cannabis use for adults, but also because the legislation in Connecticut, New York, and New Jersey provides a roadmap for states and begins to help employers and employees more easily balance deterrence and safety with the choice to legally use cannabis. Legislation that effectively accomplishes this is a win for all constituents.