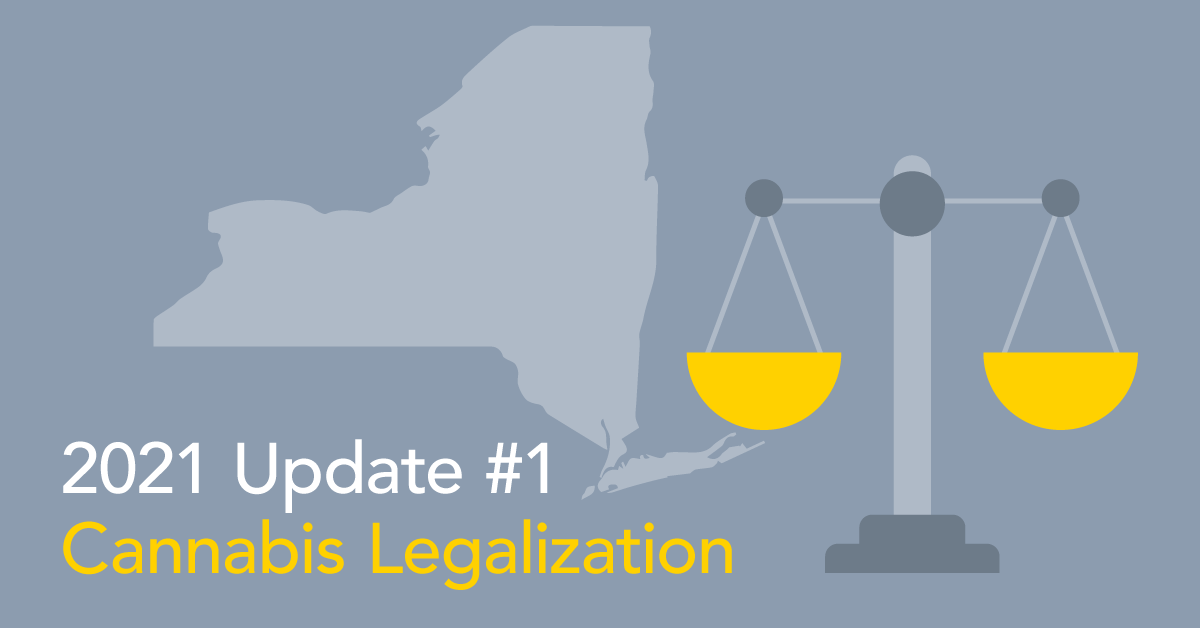 2021 On Pace to Be the Most Active for Marijuana Legalization

In just the first quarter of 2021, the legislators in three states approved adult use of cannabis.

While voters made 2020 a busy year for cannabis legalization, state legislatures are setting up 2021 to be the most active year for legalization of recreational adult use of cannabis that the United States has ever seen. In just the first quarter of 2021, three states (New York, Virginia, and New Mexico) approved adult use, with four others state legislatures (Rhode Island, Connecticut, Delaware, and Minnesota) poised to act by the end of the year. As of today, over 83 million (40%) of all American adults live in states where cannabis is fully legal.

While these additional legislative actions are welcomed by many, they are increasing the challenges for employers. For years, experts in the background screening and drug testing industries have warned of the pending tidal wave of confusion from cannabis legalization – Can I keep a “zero-tolerance” policy for marijuana? Do I need to accommodate cannabis use if my employee has a medical card? Is the federal government going to enforce drug testing laws even when my state has legal cannabis? What if I operate in multiple states?

Cannabis legalization is heightening awareness of the need for clear direction for employers in the era of legal tolerance of cannabis use. The good news is that most states are including a provision like New York’s recently enacted law, which states, “Nothing in this act is intended to limit the authority of… employers to enact and enforce policies pertaining to cannabis in the workplace.” Moreover, the law specifies that an employer may still take action related to the use of cannabis if the employee is impaired, defined as manifesting “specific articulable symptoms [of impairment] while working that decrease or lessen the employee’s performance of the duties or tasks of the employee’s job position, or such specific articulable symptoms interfere with an employer’s obligation to provide a safe and healthy work place…” In other words, while individuals may engage in legal behavior while they’re off the clock, working while impaired does not need to be tolerated.

Another important and groundbreaking provision of New York’s law calls for the state to look at new technologies that can distinguish “an actual and currently present impairing effect” of cannabis on a person’s “physical and cognitive abilities.” Clearly, New York policy makers were so concerned with the inability of existing marijuana tests of oral fluid, hair, and urine to inform the critical decision about who might be impaired from cannabis use that they want the State to make their own findings about new technologies and methodologies to avoid the negative consequences of relying on marijuana tests that are now obsolete. Navigating this new legal landscape will be challenging for employers because utilizing existing cannabis tests with long windows of detection may result in unfair employment actions against an employee while doing nothing to keep the worksite safe. Fortunately, there is now research validating that THC only remains in breath for several hours after use1 – the window of time that aligns with the peak impairment window identified by NHSTA researchers2. Testing breath for marijuana can help employers determine if employees have used marijuana recently and could therefore be impaired.

With 2021 lining up to be the most active in U.S. history for cannabis reform, state legislatures contemplating new legalization laws must use the opportunity to provide employers with much-needed clarity around cannabis testing. Specifically, legislators should encourage use of emerging technologies that allow breath testing so employers and law enforcement can distinguish very recent and impairing use from historic and no longer impairing consumption – the end result will be fairer outcomes for employees, and safer workplaces and communities.

1 The latest clinical trial results from the University of California – San Francisco (UCSF) confirm that THC is detectable in breath for up to three hours after smoking marijuana.
2 Effects from smoking cannabis products are felt within minutes and reach their peak in 10-30 minutes. Typical marijuana smokers experience a high that lasts approximately 2 hours. Most behavioral and physiological effects return to baseline levels within 3-5 hours after drug use.