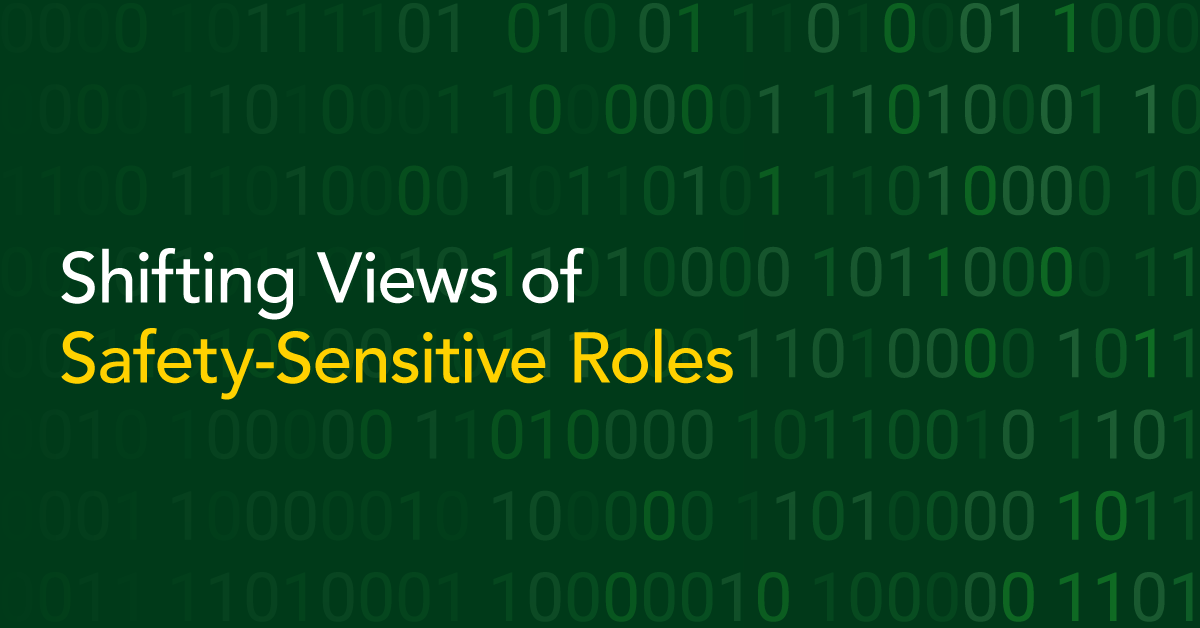 What Determines if a Position is Safety Sensitive?

As a 30-year veteran of the drug screening industry, I often find myself talking to employers about drug testing and the importance of testing all employees, not only safety-sensitive employees. While it is difficult to deny drug testing plays a vital part in safety, defining who and what roles are safety sensitive is still an issue when designing an effective drug testing program.

Many employers continue to only consider those employees who are responsible for physical safety to be considered safety sensitive. Unless and until employers are allowed to redefine safety-sensitive positions to be inclusive of physical, cyber, data, and brand security, their ability to design their drug testing programs to maximize protections and benefits is limited.

THE PURPOSE OF WORKPLACE TESTING

Before launching into why the definition of safety sensitive is key, it is important to remember workplace drug testing is, first and foremost, a tool to deter drug use immediately before and during work. Drug testing throughout the continuum of employment is one of the best tools employers have to keep drug use and its costly effects out of the workplace.

The effectiveness of workplace drug testing can be summed up easily by looking at the Quest Diagnostics Drug Testing Index (DTI). In 1986, the positivity rate for all workplace drug testing was a combined 13.6% and fell to an all-time low of 3.5% in 2010-20121. This decrease occurred after many states had legalized cannabis and the nation was in the grips of an opioid abuse epidemic. This drop highlights the effectiveness of workplace drug testing in deterring drug use at work, and the impact to deter use at work even usage is soaring in the nation. This percentage would likely improve even more if employers continued testing beyond the pre-employment stage… but that topic is for another day.

Now that we are reminded of the primary benefit of workplace drug testing – deterrence – we should consider the definition of safety sensitive and its impact. Drug testing is an effective risk mitigation tool and employers who look to benefit the most will use drug testing for all employees. Employers, however, often create policies that test different populations at different rates. Employers who have positions that fall under the Department of Transportation (DOT) are required to test in the manner that is prescribed by the specific agency – under which regulations testing is mandated. However, those positions make up only a small fraction of what safety sensitive really encompasses.

Employers must first review which positions can be classified as safety-sensitive for compliance with the Americans with Disabilities Act of 1990 (ADA) as well as with guidance from the Equal Employment Opportunity Commission (EEOC). A safety-sensitive position is one in which job performance can affect the safety of the employee and others. Safety-sensitive positions constitute not only the traditional positions that risk physical harm – truck driver, equipment operator, airline pilot, etc. – but others where failure to perform can cause harm to an organization’s reputation, brand, or value. An employer must be able to demonstrate the employee’s inability or impaired ability to perform job-related tasks could result in a direct threat to their safety and/or the safety of others.

Surprisingly, the EEOC guidance on this matter differs from what many may assume to be the case. For example, the EEOC issued an informal guidance letter that concluded municipal bus drivers were not in safety-sensitive positions2. Some states have taken action to address this seemingly misguided guidance from the EEOC with regulations of their own, but even those regulations often solely focus on physical safety and neglect financial safety, cyber safety, and brand security.

Consider this alarming fact: According to IBM, the average total cost of a data breach increased to $4.24 million in 20213. Many people may be surprised to learn that a large number of jobs many of us assume require continued workplace drug testing simply do not. These positions may include:

Ridesharing drivers are a particularly interesting example because they do not fall under the Federal Motor Safety Administration (FMCSA) as safety-sensitive positions, and they are exempt from the Federal Transit Authorities’ (FTA) regulations because the passenger is allowed to select the provider, creating a loophole in the authority of the FTA to regulate the providers.

Every company has different drug testing requirements so in some cases one company may test employees more often compared to others. The key point is there is not a universal rule that applies to all companies in all industries, and one cannot assume employees who work across the spectrum of a company are tested with the same vigor and regulation that applies to pilots, CDL drivers, or other DOT-regulated positions.

It seems clear the definition of safety sensitive in the U.S. is lagging and no longer adequately covers the entire span of safety. The good news is while defining safety-sensitive positions is important; employers can create drug testing policies that fit their individual workplaces. Federal regulations and state drug testing laws must be considered in all workplace drug and alcohol policies but employers can apply non-discriminatory language and practices to help them implement a more effective drug testing program. Using this approach, an employer may, for example, test all new employees within 60 days of their start dates to ensure compliance.

From there, an employer can differentiate testing rates based on positions – administrative roles with limited access to systems and customers may be tested pre-access or randomly at a rate of 30% of the annual employee group, while those with access to customer financial data (Personal Identifiable Information and credit cards), employee data (Human Resources), or heightened computer access are tested at 75% annually. Finally, those who have an increased physical safety risk are tested at 100% annually.

THE ONE THING THAT DOESN’T CHANGE

Drug testing laws, technology, and trends are changing rapidly but one thing doesn’t change – the proven effectiveness of workplace drug testing as a cost containment and risk mitigation tool. Employers must continue to vocalize how important their drug testing program is, and how critical the laws and regulations that affect those programs are to their overall safety and risk.

For more insight into the effects that cannabis legalization is having on safety-sensitive industries, check out my colleague Jaime Feinberg’s Q&A on safety and risk.

1 The Quest Diagnostics Drug Testing Index™ and Industry Insights 2021
2 EEOC
3 IBM: How Much Does a Data Breach Cost 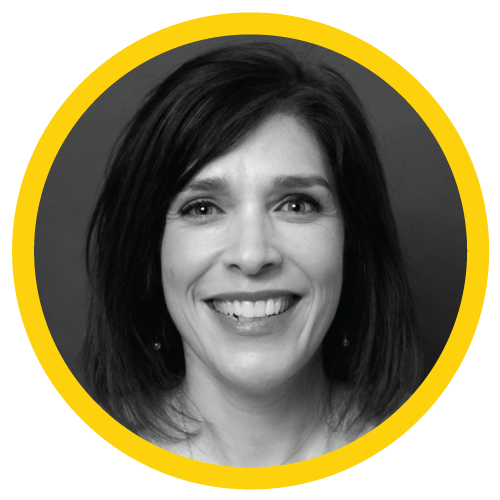