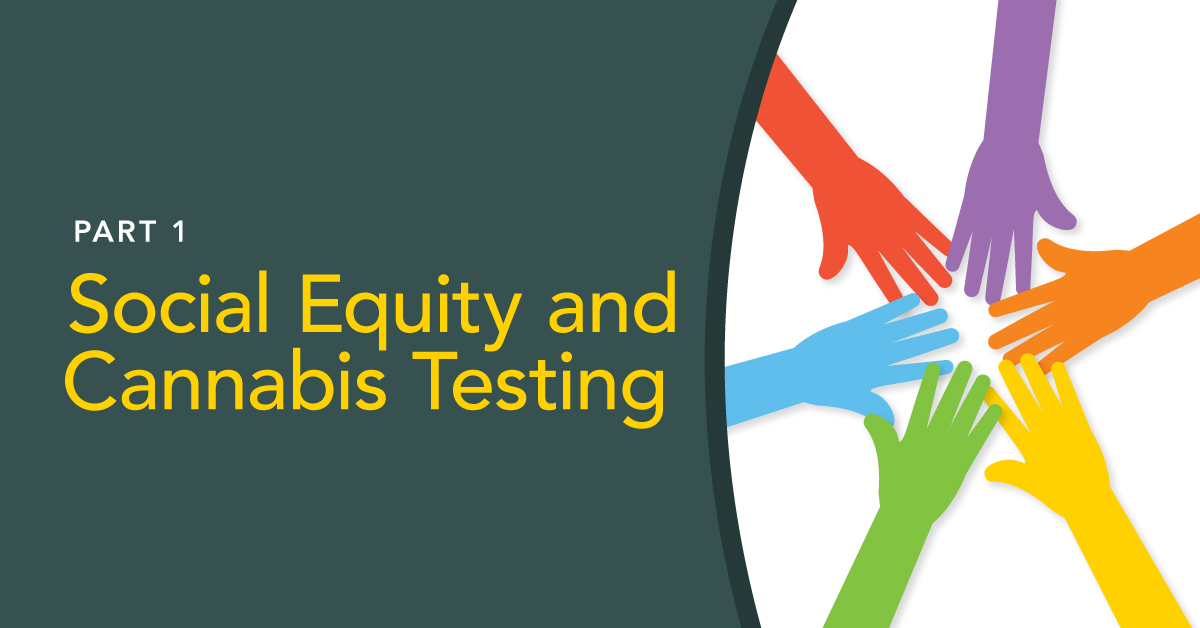 Breath Testing: Fairer Outcomes for Everyone

I have attended several conferences over the last couple of months and have noticed a new and recurring theme – social equity. I am excited that leaders in the drug testing and safety industries recognize the importance of these conversations and the need to examine and improve current practices.

A quick Google search on the term “social equity” returns a wide variety of definitions depending on the source. Although no two definitions are the same, there seems to be general agreement on this framework: Impartiality, fairness, and justice for all people while considering systematic inequalities to ensure everyone has access to the same opportunities.

Last week, I presented at the National Ready Mix Concrete Association’s (NCRMA) annual conference. After my presentation, several people approached me and immediately focused on one of my themes – fairness. Several owners commented that existing cannabis testing unfairly penalizes employees and candidates who use cannabis “off the job.” They mentioned that even if their employees hold DOT-regulated positions, they would like to understand if employees use during work hours. One said he was stuck between a “rock and a hard place” – if he continues to test for THC1 using existing tests of oral fluid, urine, or hair, he will continue to struggle to place good candidates; but if he stops testing for THC, he runs the risk of increased accidents at work in addition to the claim of negligent hiring.

Yesterday, I presented at the National Safety Council (NSC) Safety Congress and Expo. Once again, the ideas of “fairness and impartiality” resonated with the audience. One owner-operator said that he has extensively researched new tools claiming to identify impairment, but all of them had a level of subjectivity that was difficult to implement impartially.  That lack of impartiality was ripe for contesting. He wants an impartial tool that measures recent use – this will allow the objectivity he needs for hiring and workplace safety.

The focus on social equity may not seem surprising to folks outside the drug testing and safety industries since advocates for cannabis legalization have prioritized fairness and justice since they first began lobbying to change the legal status of cannabis. However, in my almost 30 years in the drug testing industry, I am now hearing for the first time a consensus that fairness and objectivity must be considered in addition to safety. Although I believe these conversations are long overdue, I am confident that they will have lasting impact.

A FOCUS ON SAFETY AND DETERRENCE

First, I want to quickly establish why safety has long been the foundation of workplace drug testing. In her blog summarizing the history of drug testing, my colleague, Louisa, wrote about the origins of drug testing and the tragic train crash over 30 years ago that led Congress to pass laws that are the foundation of today’s workplace drug testing programs. Three decades later, employers conduct an estimated 250 million drug tests2 each year in the United States – and almost all include testing for cannabis. Drug testing for impairing substances plays a vital role in safety and productivity for employees, in deterrence and risk mitigation for employers, and in safety on our roads.

The success of workplace drug testing programs can be quantified in several ways. According to one survey of human resource professionals, companies that implemented drug testing programs experienced a drop in workers’ compensation incidence rates of 57%.3 The decrease in workplace positivity rates – from 13.6% in 1988 to a low of 3.5% in 2010-20124 – also indicates success considering that the U.S. Department of Labor reports that drug and alcohol abuse in the workplace causes 65% of on-the-job accidents5. For just over 20 years, the declining positivity rates supported focusing primarily on safety through deterrence and risk mitigation.

Fast forward just eight years to 2020 when according to the May annual survey from Quest Diagnostics6, positivity rates for cannabis increased 16.1% in urine testing, 35.2% in oral fluid testing, and 22.5% in hair testing. In addition, from 2012-2020, cannabis positivity surged 118.2% in states with legal recreational use, 68.4% in states with only medical cannabis statutes, and 57.9% in states with no medical or recreational cannabis statutes.7 Another interesting statistic from the 2020 Quest Diagnostics survey relates to positivity rates during pre-employment vs. post-accident testing. In 2020, pre-employment marijuana positivity was 3.7% and post-accident 6.4% (a 73% difference).8 What does this continuing trend in positivity rates really mean? As I wrote in my blog on this topic, the rise in positivity rates may not necessarily be cause for alarm, but it does require a critical look at how drug testing programs conduct cannabis testing.

FAIRNESS AND THE SAFETY MANDATE

Reading these statistics from Quest Diagnostics reinforces the need for drug testing programs that include cannabis testing, but what cannabis tests employers use and when they test matters more now than ever. That’s because continuing to utilize oral fluid, urine, and hair testing for cannabis is not only unfair, but also does not provide relevant information. I want to be clear: Workplace drug testing for cannabis continues to be essential to maintain safety and productivity, deter use during work hours, and mitigate risk – but it should and can be fair.

Careful examination of cannabis positivity rates quickly illuminates the inequity of existing cannabis testing. Positive results from conventional tests of oral fluid, urine, and hair indicate only that an employee used cannabis at some point in the last day, week, or month prior to testing – long after cannabis impairment subsides. Employers cannot analyze the results from these tests to determine if the employee used cannabis within a few hours of testing and may be impaired during work hours because of their long windows of detection for cannabis and the fact that they do not isolate recent use. So, without the key piece of data about recent cannabis use (which links to the impairment window) employers just cannot make fair decisions related to employment status or about whether cannabis factored into a workplace accident. This presents an obvious social equity issue: Employers using traditional drug tests may penalize employees for using a legal substance during their personal time, but employers that do not use drug tests may be introducing bias when identifying possible drug use.

In Part 2 of this blog, I will discuss why I believe the consensus for change in workplace drug testing will have a permanent positive impact on social equity and the way employers conduct drug testing going forward.