Why Employers Should Keep THC in Drug Tests 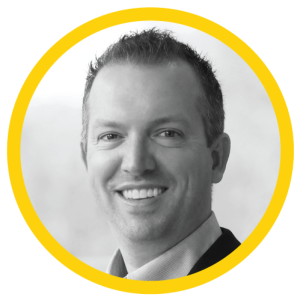 By AARON ATKINSON
SVP of Marketing

Employers are in a tough spot when it comes to drug testing candidates and employees for cannabis use. As more candidates fail to pass traditional, pre-employment drug tests due to past use of the drug, companies are unable to fill the recruiting funnel with enough qualified applicants. Data shows the U.S. worker shortage is far from over, with the Bureau of Labor Statistics reporting 11.3 million open jobs at the start of the year and not enough workers to fill them.1

However, for ongoing testing of current employees, the challenges and costs may be even greater. For this reason, some employers have ceased testing for THC in other situations.2 This move presents some short-term advantages by allowing employers to reduce litigation concerns and retain employees who choose to use cannabis.

Recent drug testing data shows urine testing cannabis positivity in the general U.S. workforce has increased by 50% over the past five years – the same period when some employers stopped testing for THC. More alarming, the post-accident cannabis positivity rate was nearly 63.4% higher than the pre-employment positivity rate.3 These statistics tell us that by excluding THC from the panel for reoccurring testing, employers reduce the deterrence value of drug testing.

The justification for cannabis testing becomes increasingly clear when examining additional risks. In 2021, U.S. employers paid more than $58 billion in direct workers’ compensation costs for disabling, nonfatal workplace injuries, according to Liberty Mutual’s Workplace Safety Index. This figure does not reflect indirect costs such as replacing employees, repairing equipment, investigating incidents, and implementing corrective measures.4 Without a test to indicate whether employee drug use was an influencing factor, employers assume full responsibility for the costs of these accidents.

VALUE OF RECENT USE TESTING

The question remains – how can employers implement testing to both protect themselves and their employees who use cannabis legally outside of work? Traditional specimen types such as urine and oral fluid have windows of detection that can last days or weeks after use. Businesses can’t afford to risk lawsuits, production downtime, and the costs of replacing employees who were terminated because they failed to pass a conventional cannabis drug test. The answer for companies in the era of cannabis legalization is a test for recent cannabis use, which serves as the best measure to determine if an employee’s use and corresponding test results comply with company workday policies.

Historically, the return on investment (ROI) model for workplace drug testing has been driven by positive test results, which translates to the number of drug users – and their associated costs and risks – that a company excludes from the workplace. Cannabis legalization presents a new way of thinking about ROI, one that focuses on the detection and deterrence of recent cannabis use. In this model, companies incur savings by reducing expenses for recruitment, replacement, and unpaid leave – in addition to the traditional benefits of deterring drug use and preventing costly accidents.

Since its inception more than three decades ago, the workplace drug testing industry has lacked a cannabis testing method capable of distinguishing between past and recent use. Breath testing developed by Hound Labs, Inc. offers this capability, finally giving employers a reliable risk mitigation tool to detect and fairly deter recent cannabis use.

The HOUND® CANNABIS BREATHALYZER is the only cannabis testing solution capable of isolating recent use that occurs at or immediately before work. This technology gives employers the ability to expand their candidate pools and retain employees whose past cannabis use is unlikely to impact job performance. Companies can add breath testing while leveraging conventional tests to detect other drugs such as cocaine and heroin for which past use would be cause for concern.

“We certainly want to retain employees, but we have a lot of safety-sensitive positions and can’t have them under the influence while they work. This tool could be a good deterrent.”
– Manufacturing Company

As the legal landscape continues to shift, organizations need clear and comprehensive drug testing policies that specifically address their positions on cannabis use. Prohibiting use immediately before or during the workday is a policy companies can enforce with a recent use breath test without limiting the hiring pool when candidates used days, weeks, or months prior to the test. The reputational, financial, and productivity benefits far outweigh the risks associated with dropping cannabis testing altogether.

Do you have questions about the HOUND® CANNABIS BREATHALYZER? Reach out to one of our team members for answers.