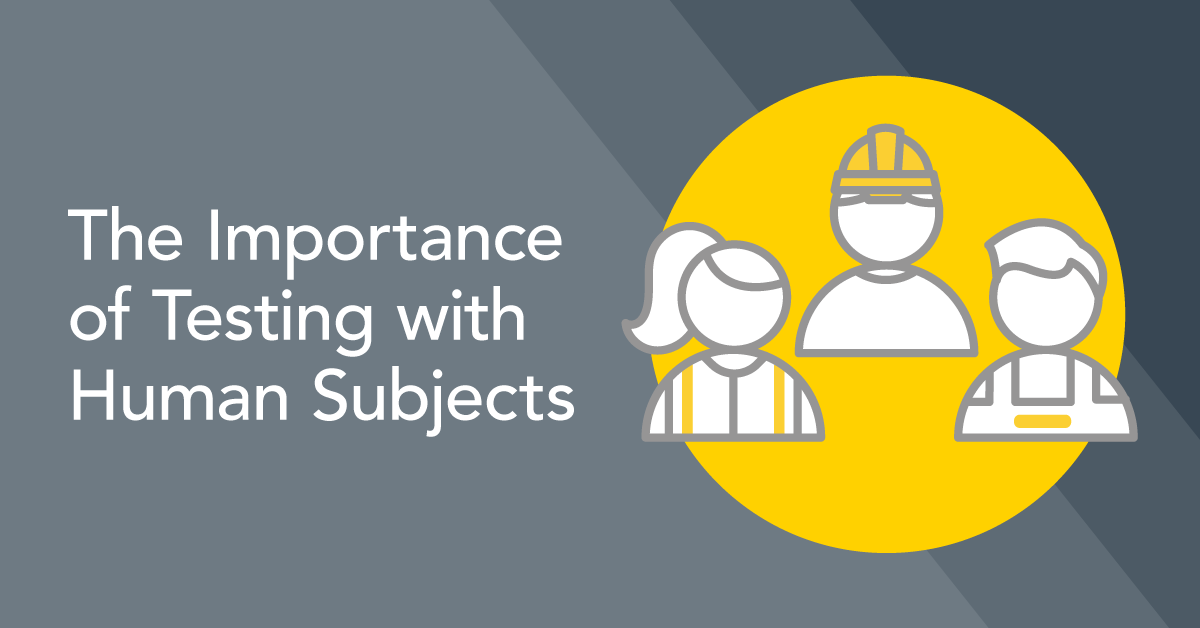 Why Testing with Human Subjects Matters

Since founding Hound Labs, Inc. in 2014, I worked with our team to prioritize “R&D” (research and development). A critical part of the research necessary to build a cannabis breathalyzer requires more than just lab simulations. To truly understand the effectiveness of our technology, we must continually test people – not lab rats.

DOES TESTING WITH HUMAN SUBJECTS REALLY MAKE A DIFFERENCE?

Over the years, our team at Hound Labs has prioritized testing with human subjects. As this number has grown to over 8,000 tests, I am often asked why Hound Labs has prioritized and funded so much research with human subjects. In my last blog, I wrote about the complexities of human breath – which contains over 3,500 substances – to set the stage for why human subject testing matters. The bottom line is that limiting research solely to a lab setting does not come close to mirroring the complexity of THC in breath.

When we first started Hound Labs, we began with lab-based research. Our scientists used a known amount of liquid THC (the psychoactive ingredient in cannabis) and nebulized1 it over a sensor – theoretically reproducing THC exiting from the lungs. Using an aerosolized version of THC helped us validate that the technology was sensitive enough to detect a quickly degrading THC molecule in breath. However, our learning was limited because without testing in actual human subjects, we could not account for how our technology would work when THC molecules were mixed with thousands of other substances in human breath. We needed to understand if our technology could effectively isolate and measure THC when it is among the other 3,499+ components found in breath. Within weeks of proving our initial technological breakthrough, we began testing with human subjects to learn more.

PROTECTING THE RIGHTS AND WELFARE OF HUMAN SUBJECTS

I think it’s important to note here that the reason we were able to begin human subject testing so quickly after demonstrating the initial efficacy of our technology was because we had been working in parallel to secure an IRB-approved research protocol. Clinical research involving human subjects requires the review of an independent Institutional Review Board (IRB) to protect the rights and welfare of human subjects2. Upon receiving IRB approval, research must be conducted according to the IRB-approved protocol and is reviewed by the IRB on a routine basis.

I am sometimes asked by people who have no medical or scientific training, why Hound Labs so frequently mentions how many tests have been conducted with human subjects. It’s a good question and I often use the analogy of mice and cancer research. In early stages of cancer research, scientists often progress from lab simulations to working with mice. Most research doesn’t make it past the “mice” phase of the research, but a few of the successful studies progress to submissions for IRB approval to conduct research with humans. The bulk of the learning occurs during research with human subjects and researchers often find that a “cure” demonstrated in mice doesn’t translate, unfortunately, to a cure in humans. The human body is incredibly complicated. In the case of testing breath for THC, Hound Labs did not test with mice but instead went directly to humans and subsequently testing for THC thousands of times over the years.

WHAT DID WE LEARN FROM TESTING WITH HUMAN SUBJECTS?

Ultimately, our research with human subjects enabled our R&D teams to create an ultra-sensitivity technology to measure THC reliably and consistently in breath. The very first thing we learned is that capturing THC in breath is difficult because you must contend with everything else that is present. The difficulties we encountered during our very first human subject tests revealed two critical pieces of information. 1. Efficiently capturing breath was an important part of the challenge of measuring THC, so we were going to have to invest in developing a new approach to capturing breath. 2. Our breathalyzer would need to be ultra-sensitive. If we had only conducted lab-based research, we would not have known that we had to achieve a sensitivity of <2pg/L3.

1 The conversion of a liquid into a fine mist or spray.
2 The IRB approval process can take several months and sometimes research protocols are rejected. It is common for research to be denied because approval process is so rigorous.
3 2 pg/L = 2 picograms / Liter of breath